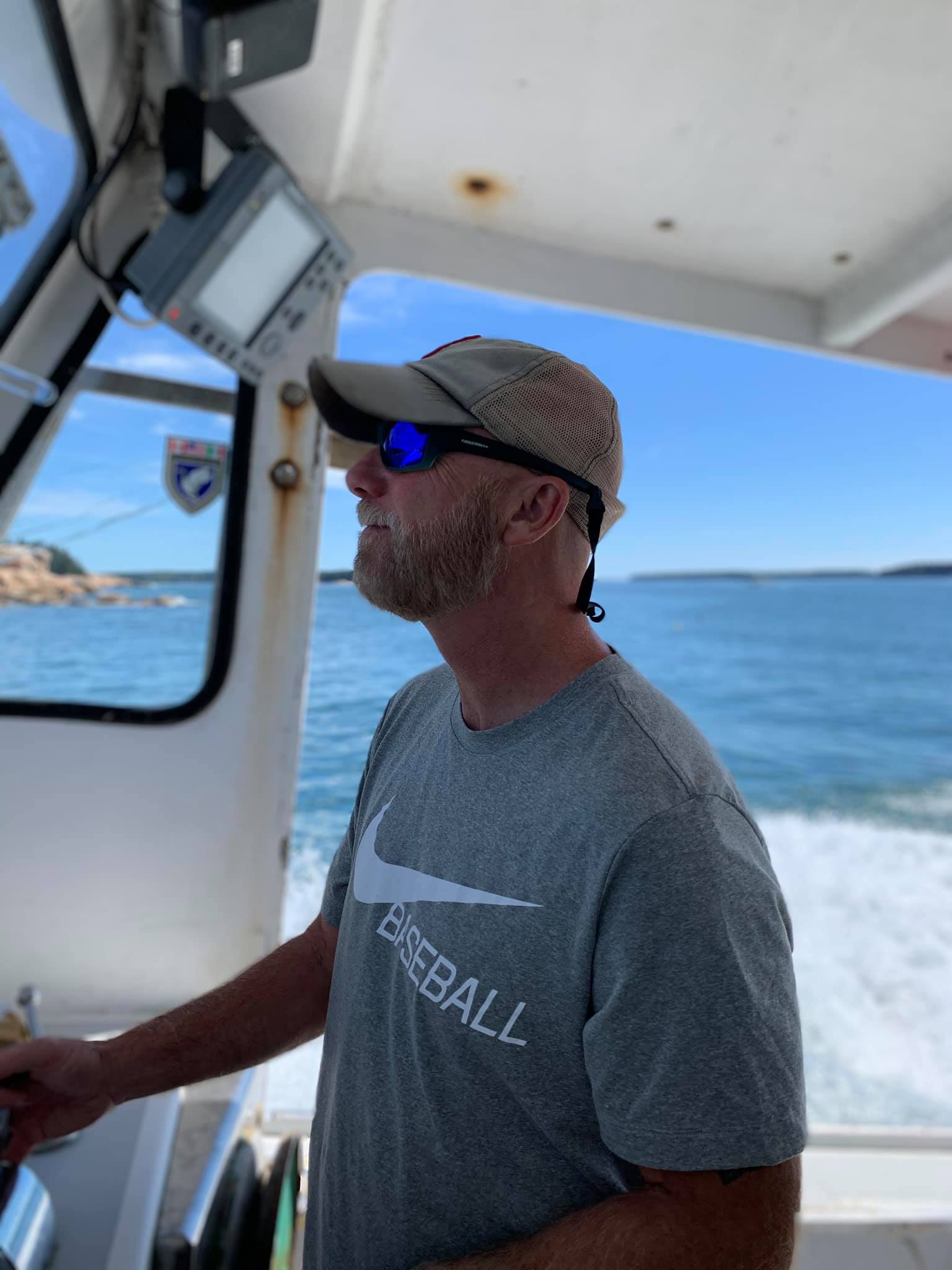 Captain Robertson was born and raised in Downeast Maine. He grew up on the Maine waters and has acquired a significant knowledge base regarding island history. His father, Dr. Donald Robertson, and mother, Mary Robertson, originated from Canada and moved to Maine to raise a family. Captain Robertson loved spending time on his family’s boat, The Mairi D, when he was a kid, where his love for the ocean began.

Captain Robertson has long dreamed of starting his own tour business. He has been an avid outdoorsman his entire life and has deep respect for wildlife. He is a commercial fisherman as well. For him, that involves climbing into a dry suit on the most bitter of Maine’s winter mornings, and diving into the Atlantic Ocean in search of sea urchins or scallops. Sea urchins are sold to an Eastern Market as a delicacy.

The Captain and his wife, Kandi Leigh, have been married since 2000 and reside in Harrington, Maine. Kandi is an LCSW, Mental Health Therapist who is in private practice in Milbridge. They have two children, McKade is 14 and Brody is 12. Captain Robertson has an older son, Jesse, who resides in NY and is 27.

Maizie, 7, our yellow lab, is a Certified Therapy dog and attends Kandi’s practice most days but she has been known to sneak aboard and tour with our passengers.

Doc, is our chocolate lab is 5, and is Maizie’s full blooded brother. He is the most consistent boat dog and would not have it any other way.

The Robertsons are delighted to share Maine adventures with you!